Summoner's Circle is a six-piece theatrical metal band that blends elements of doom, death, black and progressive metal into what they refer to as simply Epic Metal. 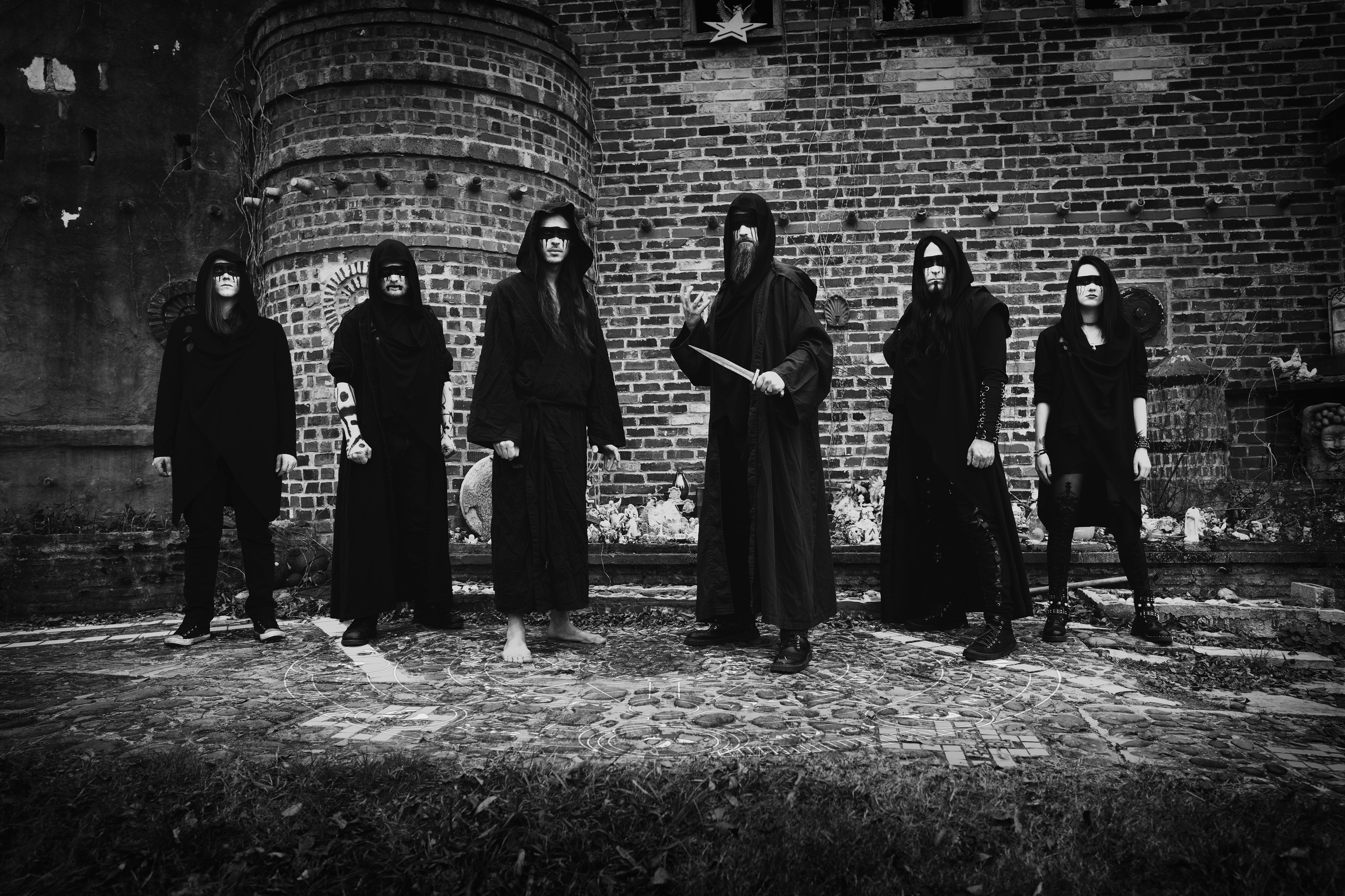 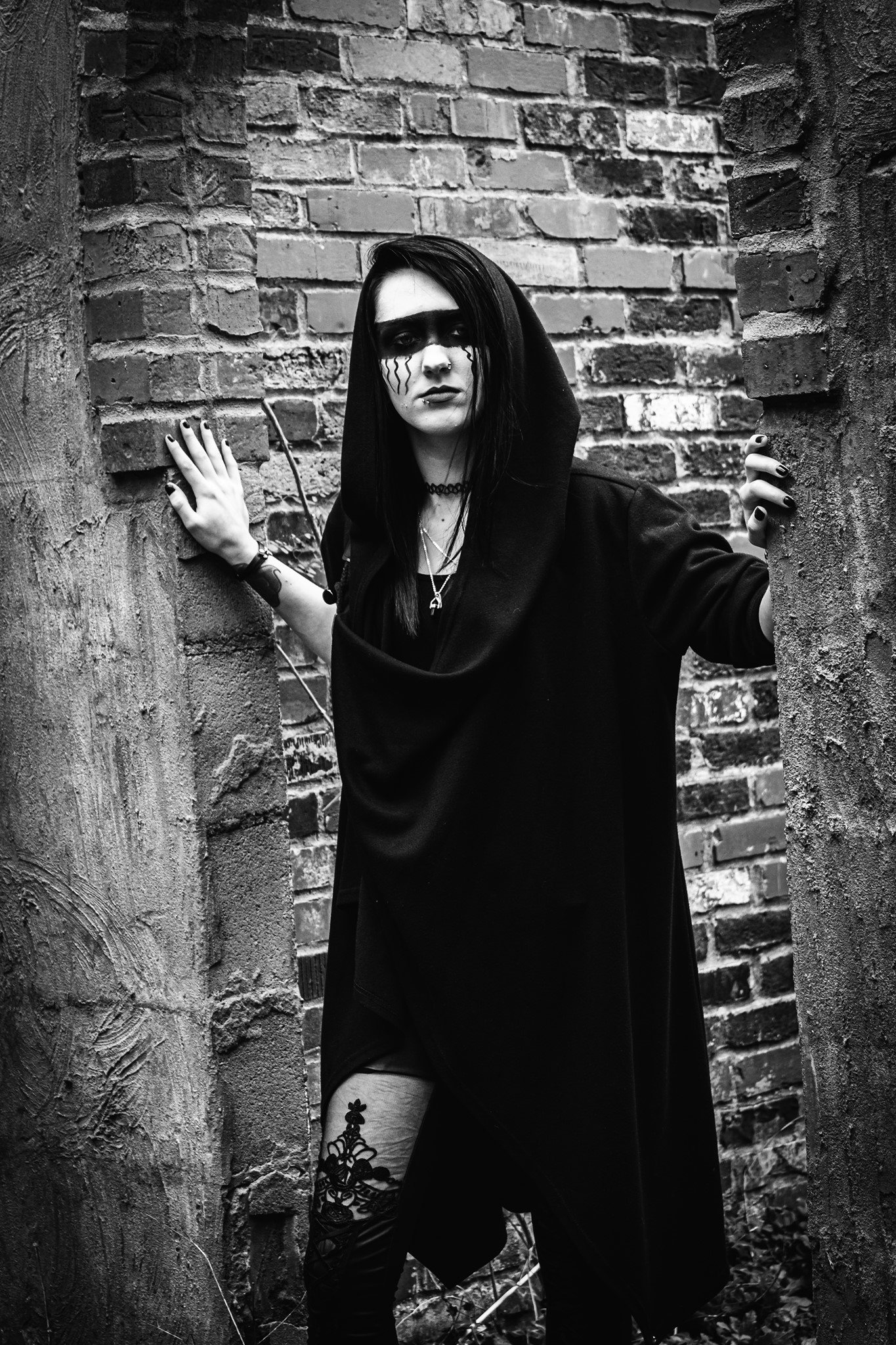 Azra
Guitar
The Eye of the Elder Gods

Azra represents the all-seeing eye of the Elder Gods. Her vision is so keen that it can see all possibilities of action whether or not they are taken. She works symbiotically with Gog and Hex to provide insight on their course of action and influence. Treachery is a non-existent concept with Azra as she sees into the minds of those she interacts with. She can see all possible outcomes and choices before they are even recognized as an option. Working with Gog and Hex, she can act with determination and cruelty as needed to achieve their endgame. With Azra present, everything is deterministic. 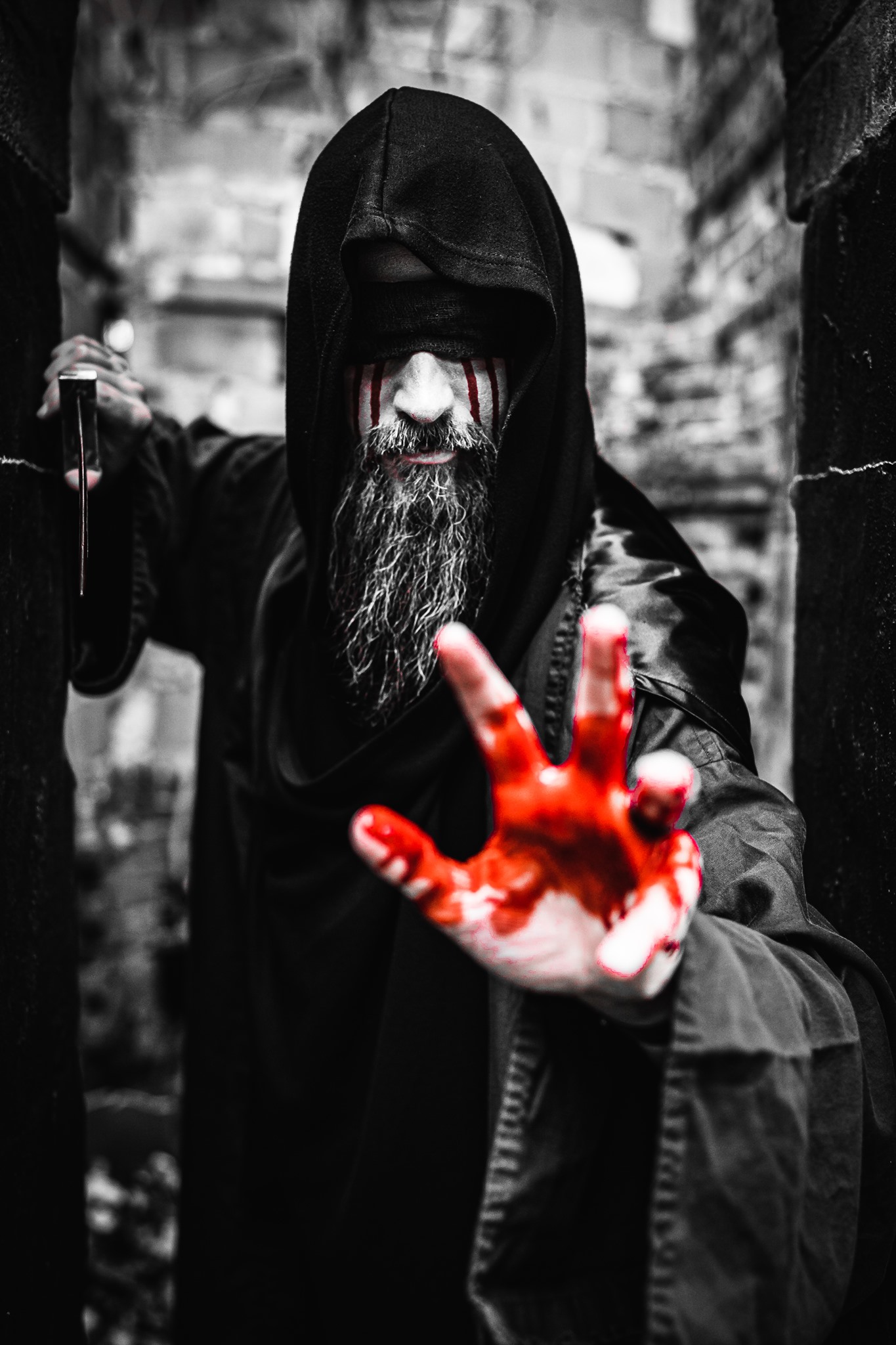 Blind
Lead Throat and Incantations
The Voice of the Elder Gods

While all members of The Six have the ability of independent speech, they often do so collectively through their speaker, Blind. He speaks for the Elder Gods. He communicates their will and is the notable point of contact for beings looking to summon the Elder Gods. He enacts and curtails favors with others and he is often a teacher of practices and gives both explanation and reaps consequences of actions. All that Blind speaks and does relates directly to the other five members of the Six. 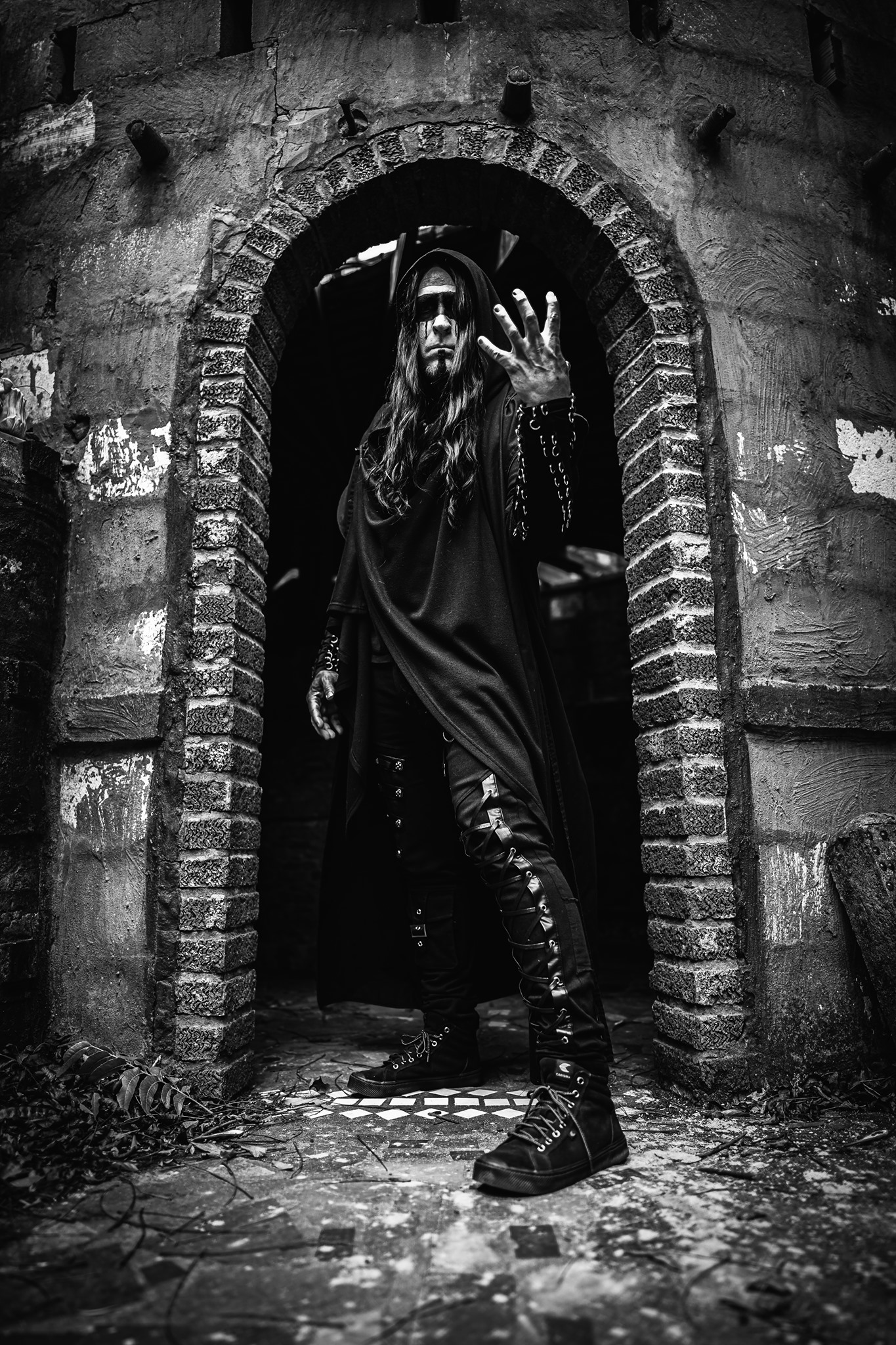 Gog
Lead Guitar
The Will of the Elder Gods

Gog represents the will of the Elder Gods. Many things can happen while interacting with beings of various intellectual prowess. As such, when changes must be made, Gog maintains the intent of the Elder Gods and is the deciding mind of how events are to pass. He is the physical manifestation of their monomaniacal determination. He sees all past events and with the aid of Azra, can see all possible future actions and decide what path to take to ensure that their end game is maintained. His role is directly tied into Hex's in determining their course of action. 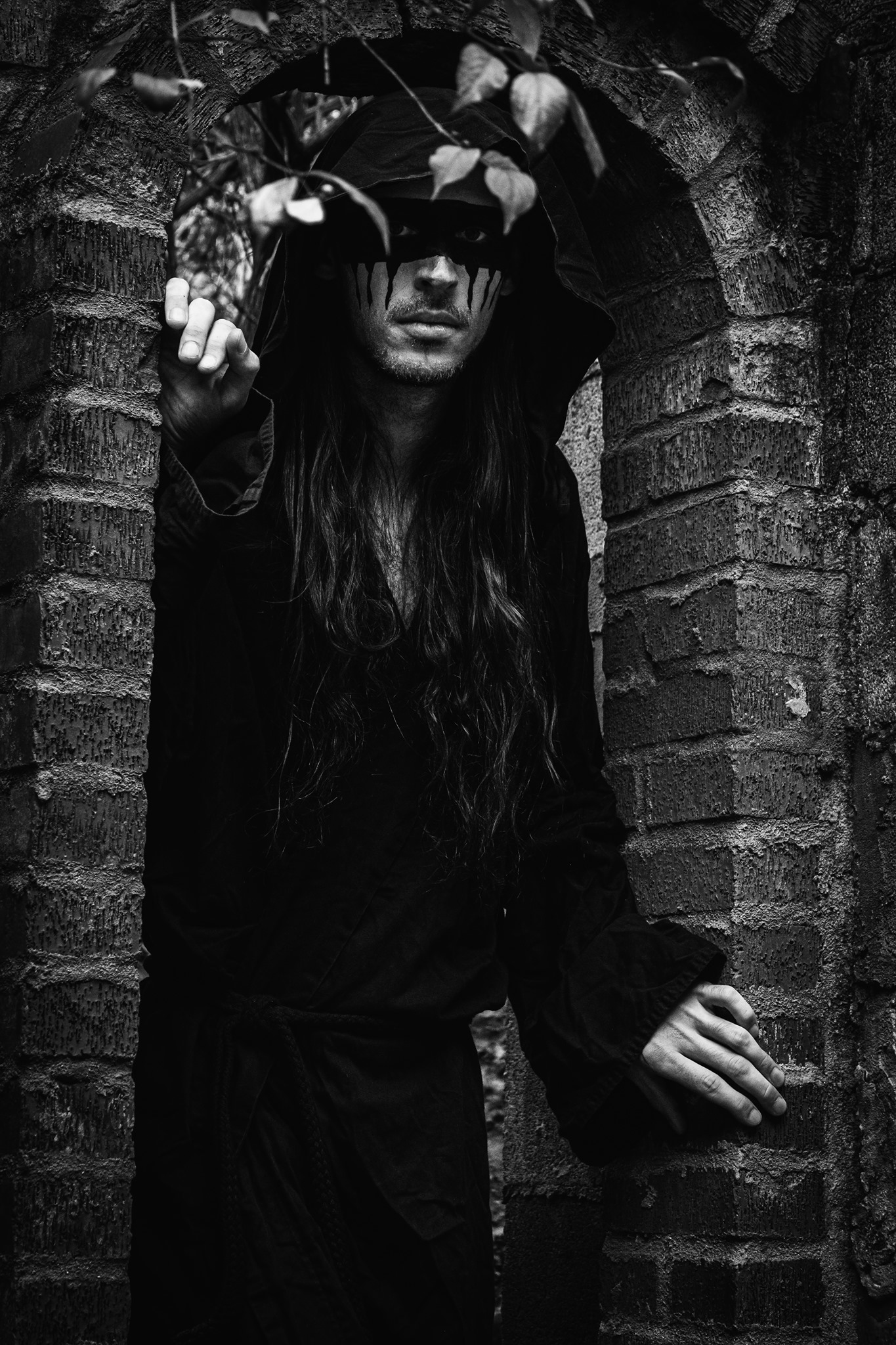 Hex
Keys, Synth and Vocals
The Mind of the Elder Gods

Hex is the mind of the Elder Gods. His efforts coincide with all the other five members. All six have their direct link to the Elder Gods, yet the link that Hex bears is directly shared to the greater thought process of the collective. All occurrences and decisions run through Hex. Like Gog, Hex coincides most with Azra to determine all possible outcomes and decisions are made accordingly through him and in correlation with Gog to ensure the will of the Elder Gods is maintained even if adjusted. His abilities are not just towards the mind of the Elder Gods but he also holds the keys into anyone's mind, no matter how deep. Nothing is secret from Hex. 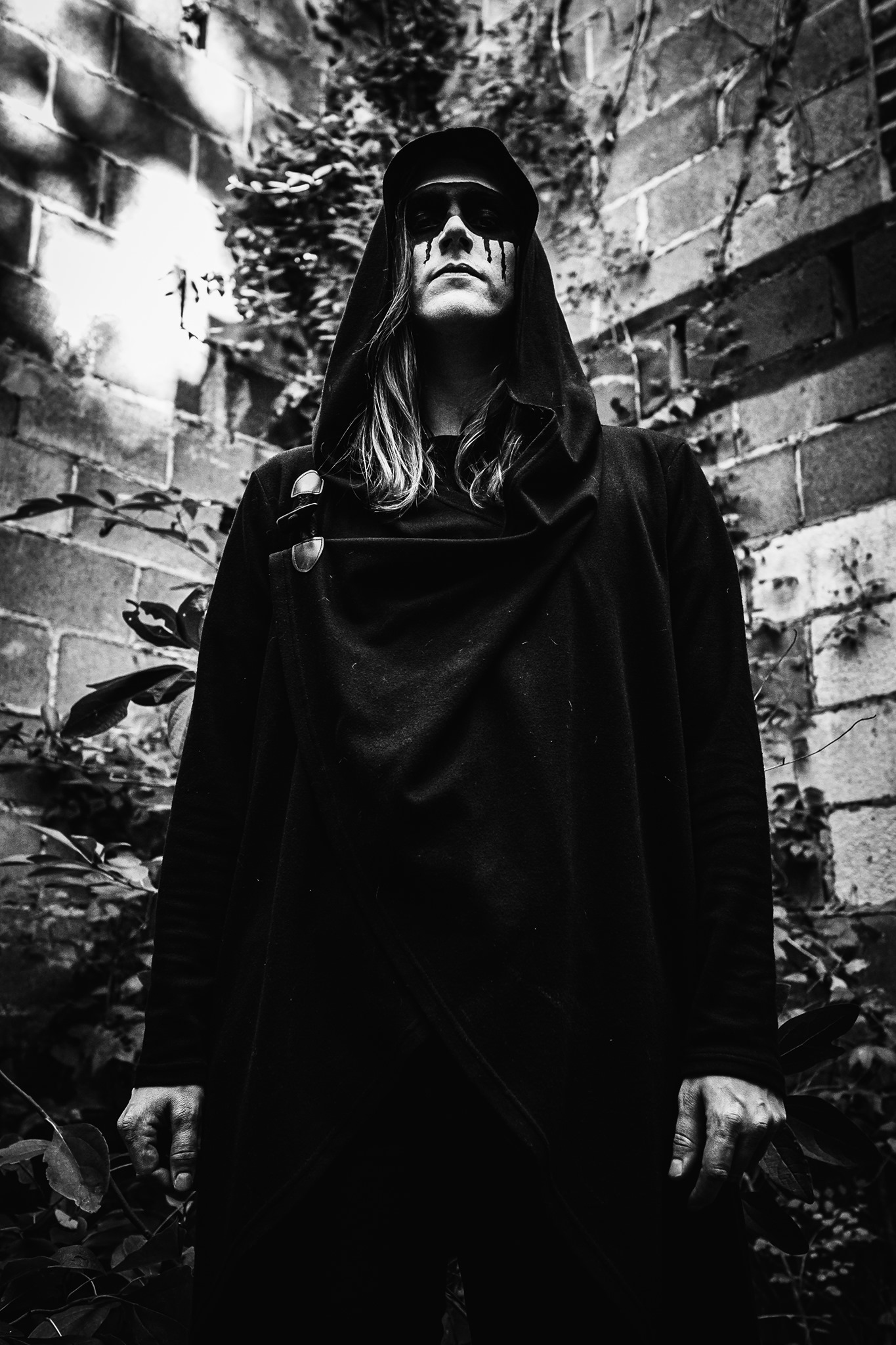 Invictus
Drums
The Heart of the Elder Gods

Invictus represents the heart of the Elder Gods. Another misnomer title that doesn't truly portray his role. His purpose is closely related to Y'takt in the carrying out of actions both grand and mundane. He provides the essential elements needed to manipulate time and space. All manner of wonders can be learned by him. Through him, the Six are omnipotent, omniscient, and omnipresent. He is also responsible for enabling the summoner to conduct acts on their own by gathering the forces needed for the manipulation of their own space. He is the catalyst that grants the individual what is needed to open the way for the Elder Gods. Through Blind, he teaches a summoner how to alter their world as they like. But also through him, they gain the power to seal their own fate as vectors to the Elder Gods. 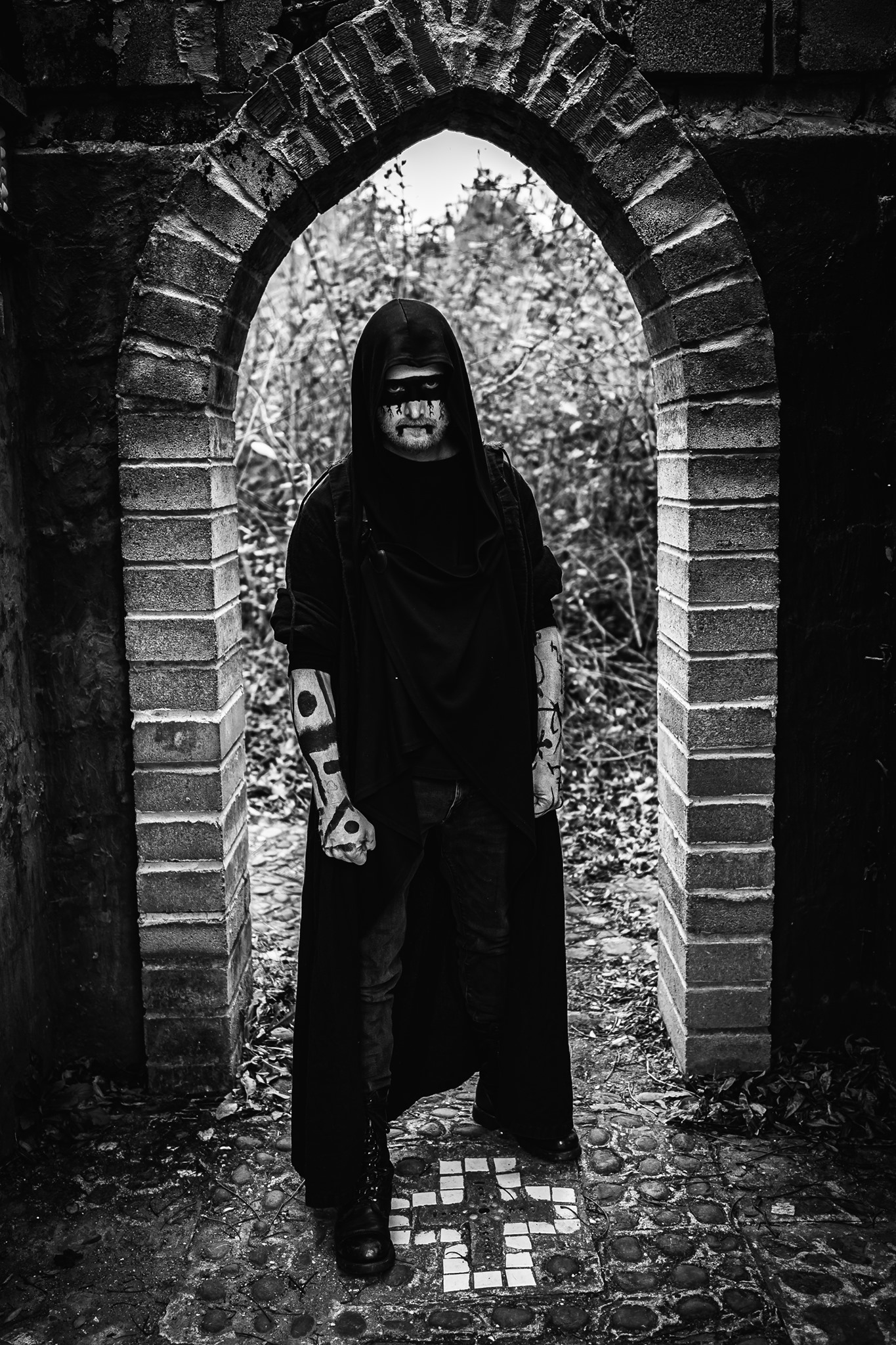 Y'Takt
Bass and Vocals
The Soul of the Elder Gods

Y'takt represents the soul of Elder Gods. This is a misnomer, of course, but a title that is not taken lightly. He generates the energy frequency needed to maintain their physical manifestation and all actions taken therein. When summoned, the forces go through Hex and and Gog to determine if a physical appearance is warranted and at what level. Y'takt then takes all action and the manipulation of space and time is performed